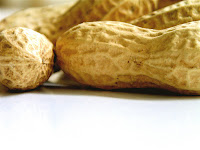 Anyone who has children probably know a few other parents who claim their children are allergic to certain kinds of foods, including peanuts or nuts. It also seems this is becoming more common. Is this really so? I don't believe so, and I blame the media a bit for making it seem like that.

Here are some interesting bits of trivia:

25% of families believe their children have food allergies. 4% of them actually do.

Peanuts are legumes and the other tree nuts are dried fruits. Allergies to them are different, but it's not uncommon that a hypersensitive person is allergic to multiple things.

About 3-4% of people have reported food allergies. Most of them to certain fruits, then vegetables, then milk, then seafood, then latex, then tree nuts and only 1% of them to peanuts.

According to current statistics about the same amount of people get struck by lightning per year in the US as people who get anaphylaxis from peanut allergy.

Yet the Food Allergy Initiative say: "Peanut allergy is one of the most common, serious and potentially fatal food allergies."

Only 13% of severe cases of allergies to foodstuff are to people over the age of 17.

Most of the studies indicating an increase in peanut allergy in the US didn't include an actual allergy test. The widely report study in the UK that shows the occurrence of it has gone up from 0.5% to 1% in the UK was not considered 'statistically significant', especially considering the small sample size. It was obviously not insignificant enough not to make headlines all over the papers.

In other words, adults who claim they have a peanut allergy that will cause serious anaphylaxis, or digestive problems, are extremely rare.

What makes it hard to study it properly is that people with peanut allergies are quite rare and it is quite hard to test reliably. Because of the remote risk of it being fatal the only true test by oral challenge (making them eat it, placebo controlled) is not always done, about 40% of people who respond to blood or skin tests don't actually show symptoms when eating it.

People have the right to believe whatever they like about their own allergies, but the sad news is that according to another study, children who were told that they were allergic to peanuts had more anxiety and felt more physically restricted than children with diabetes.
health

December 30, 2011
In a previous article, Introduction to Veritas Cluster Server , I gave a general overview of the VCS product and how it's put together and what you can do with it.  In this article I'll give a general overview of how you go about configuring it. Before writing this, I have had no dealings with with product before, so hopefully what I cover here will help some lazy folk out there to quickly get an idea of what configuring this product is about.  I'm going to be looking at it from a Solaris perspective, since I believe most of the deployments of this product out in the field is on Solaris, and it's what I may have to support and perhaps you too.  I think it's very similar to the way it's done on Red Hat, so don't fear. Files The configuration files are normally in: /etc/VRTSvcs/conf/config There are two main configuration files: main.cf that defines the entire cluster. types.cf that defines the resource types.  There are more like the above, if mo
Read more