June 21, 2012
I grew up in South Africa as a white boy and saw the whole end of apartheid thing. Because of the previous regime a town would generally consist of white suburban neighbourhoods not unlike you'd expect in the US with a commercial centre with malls and whatever, and then just outside of town would be a black 'township' that had dirt roads and most people lived in metal and wooden shacks and basic brick houses and would take the bus or minibus taxi into the main white town if they had work.

The town I lived in had a public swimming pool, and as facilities were being opened to all races this was opened too. The white population of the main town was about 8,000 people and the township had about 25,000 people in it. The black kids from the townships were obviously very keen to try out this swimming thing, especially since they had no pool up in the townships. The pool became very busy with lots of black people. None of them had any swimming experience but the whole thing went without any major drowning incident. The white families were very freaked out by this influx of black skin and stopped going to the pool. They also spread stories about how the pool is now 80% urine and all sorts of stuff, which my dad could debunk easily since he actually specialised in municipal sewerage systems.

Anyway, by the next summer the whole swimming novelty wore off for the black kids, and most of them stopped going to the pool. That summer was great. It was a massive pool with diving boards, and every afternoon we were about 4 white kids and 8 black kids that had the entire pool to ourselves. We all got on fine and had a good time.
health politics society 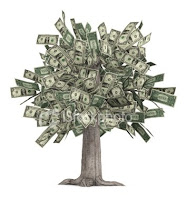 "Money is a man made creation and in itself worth nothing. Why are we compelled to affix price tags to everything?" I'm going to try to explain: Money is just our convenient measure of the worth of things. It's a bit like saying gallons aren't worth anything, but at the same time more gallons of fuel are worth more than less gallons of fuel. Perhaps some people might benefit by having a fresh look at money to realise why we measure things in this way. Some people have a very simplistic view of money and of economics in general. The kind of view you develop when you're a child in your parents' house. Your mother is the source of a cake and other such treats, and if your brother gets more of the cake it means there is less cake for you. All pocket money and decisions about freedom comes from your parents, and you grow up to realise the importance of some of the rules they have established with you when you were young, like not letting you run a
Read more